Welcome to CPAP Sales. Proudly Australian and independent since 2009!

It’s so important that the National Sleep Foundation (NSF) released this 2015 poll and this study by Dr. Charles A. Czeisler about America’s sleeping habits.

1. Sleeping is a HUGE problem in the United States. It’s so bad that roughly 30% of American workers sleep less than six hours a night, according to NSF.

Not getting enough sleep can lead to a whole bunch of problems. Here’s why: Sleeping keeps our brains healthy, according to Charles A. Czeisler’s report in the Journal of the National Sleep Foundation.

Without a proper night’s rest, you’ll eat more and your memory and cognitive functions will become impaired. And you’ll even have a higher chance of contracting some serious illnesses, like Alzheimer’s disease and even some cancers.

2. It’s even worse for people who work the night shift: Around 44% of American night-shift workers are sleep-deprived.

This is why the World Health Organization has labeled night-shift work as a possible carcinogen.

3. Approximately 7.5 million Americans fall asleep at the wheel each month.

Unfortunately, this leads to about 6,400 deaths per year, writes Czeisler. That’s a huge number, considering we talk much less about drowsy drivers than we do about drunk drivers. The numbers are not that different: Around 10,000 people die because of drunk drivers per year, according to the National Highway Traffic Safety Administration.

This device can help save lives.

4. About 64% of Americans who experience chronic pain also suffer from sleep deprivation, according to the 2015 poll by NSF.

And we’re not talking about The Machinist-like crazy all-nighters. The participants were sleep-deprived by only about 40 minutes, which means they slept 6.7 hours instead of 7.3 hours. That may not seem like a lot of time, but it makes a huge difference.

In fact, Czeisler writes that after just one week of sleep deprivation, your body has a harder time resisting infection, you’ll become moody, and your glucose tolerance will decrease (which can lead to diabetes).

Kristen Knutson, Sleep in America poll scholar, told BuzzFeed over email, though, “This poll could not address the direction of effect.” Knutson does mention, however, that getting 15–30 minutes more sleep per night could make a difference in how you feel.

If you’re having trouble falling asleep, check out these sleeping hacks to help you get a good night’s rest.

Basically, this is how you feel after an all-nighter:

But this is you after you get a good night’s sleep.

DRIVERS who fall asleep at the wheel — even those who cause death — are getting off without penalty because of a bureaucratic loophole, families of victims say.

Lawyers used the so-called “Jimenez defence”, a ruling in the Australian High Court, which holds that people can not be charged for involuntary acts such as sleep.

Families who have lost loved ones in sleep crashes want sleep apnoea — which can lead to extreme drowsiness while driving — to be listed alongside epilepsy and diabetes as conditions that ­require a medical report ­before a licence is issued.

They say drivers are not ­required to inform Roads and Maritime Services (RMS) they suffer from the disorder but can bring it up in court to fight driving charges.

In an another serious sleep drive accident, a man driving a tip truck and trailer hauling 28 tonnes of soil crashed into the rear of a school minibus carrying four children on the M7 at Kings Langley in 2012.The truck also ploughed into three other vehicles, injuring the three drivers.

Truck driver Steven Keith Perks pleaded not guilty in the Penrith District Court to dangerous driving occasioning grievous bodily harm and a specialist testified Mr Perks suffered from sleep apnoea and this could have led him to fall asleep.The hearing was before Judge Stephen Hanley, without a jury.

Mr Perks was found not guilty of all four charges.

This accident on the M7 motorway, attributed to on sleep apnoea, involved a truck and several cars.

If you or someone know has excessive daytime sleepiness, CPAP Therapy may be the treatment you need.

Contact your doctor, Sleep Disorders Australia or visit CPAP Sales Blog Site and take the test and find out more.

If you don’t have an undiagnosed sleep disorder, this innovative new product might be the answer. 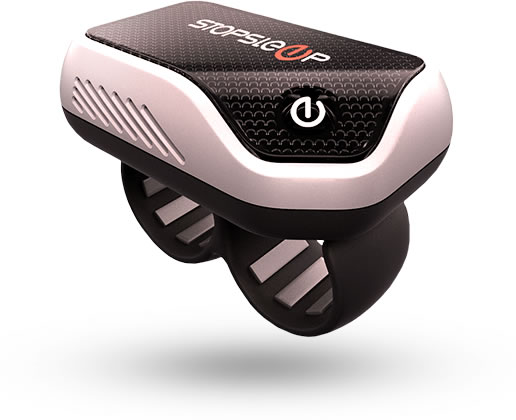