Welcome to CPAP Sales. Proudly Australian and independent since 2009! 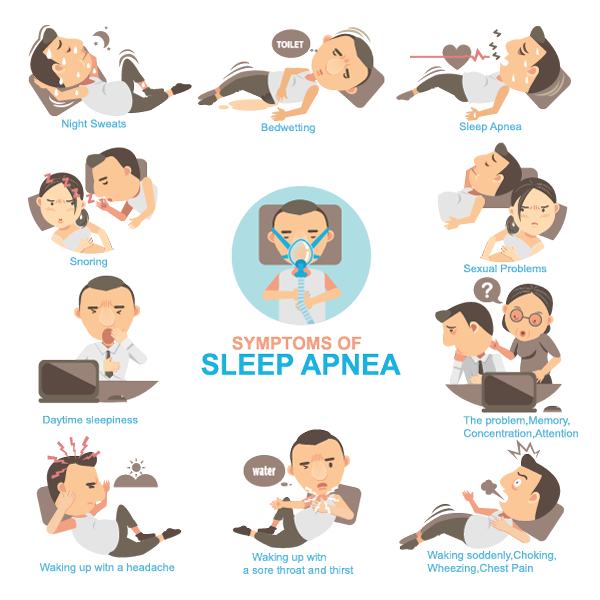 Sleep apnea can affect anyone, but there are some factors that increase your risk and some are decisions you can make about your lifestyle. Here are the top 5 causes of sleep apnea.

Obstructive sleep apnea is a common but serious and potentially debilitating sleep disorder that affects up to a million people in Australia. OSA means that people can experience recurring  interruptions in their breathing pattern throughout the night. In some severe cases, these disruptions occur 30 or more times an hour, with each episode lasting more than 10 seconds.

Sleep apnea can affect people of any age, but there are certain factors that increase your risk for this condition – or mean you may likely already have it.

Obesity greatly increases the risk of developing obstructive sleep apnea, with some research suggesting that as many as 40 percent of people who are excessively overweight suffer from this condition. Fat deposits around the upper airway, such as the neck, tongue and palate, make it tighter and smaller. When you’re asleep and lying down, your airway constricts even more.

Men are two to three times more likely to develop sleep apnea than premenopausal women. (After menopause, women have about an equal risk.) Obstructive sleep apnea becomes more frequent as men age. It usually begins in young adulthood and then tapers off in one’s 60s and 70s.

Use of alcohol and other sedatives

Sedative substances have a tendency to increase relaxation of the muscles in your mouth and throat. Moreover, medications such as opioid pain relievers and benzodiazepines suppress communication between the brain and body to regulate breathing.

People who smoke are three times more likely to have OSA than non-smokers. Smoking leads to inflammation and fluid retention in the upper airway, which can not only affect breathing but also interfere with the brain’s ability to communicate with the muscles that control breathing.

Whether caused by illness, allergies or an anatomical problem such as a deviated septum, chronic nasal congestion means you’re more likely to develop obstructive sleep apnea. These conditions can narrow and inflame the airways, causing breathing problems and poor sleep.

Post Views: 22
« A Sleep Apnea Diagnosis – It’s Not The End of the World
Acid reflux: Is it causing sleep apnea? »